Surgery is often a part of treatment for breast cancer, although in certain cases of metastatic breast cancer, surgery on the tumor in the breast may not be recommended. There are a variety of surgical procedures that may be used.

Surgery on the breast may be breast-conserving (removes a portion of the breast) or removes the entire breast.

A lumpectomy is a breast-conserving surgery that removes cancerous tissue and a layer of healthy cells but aims to preserve the appearance of the breast.1 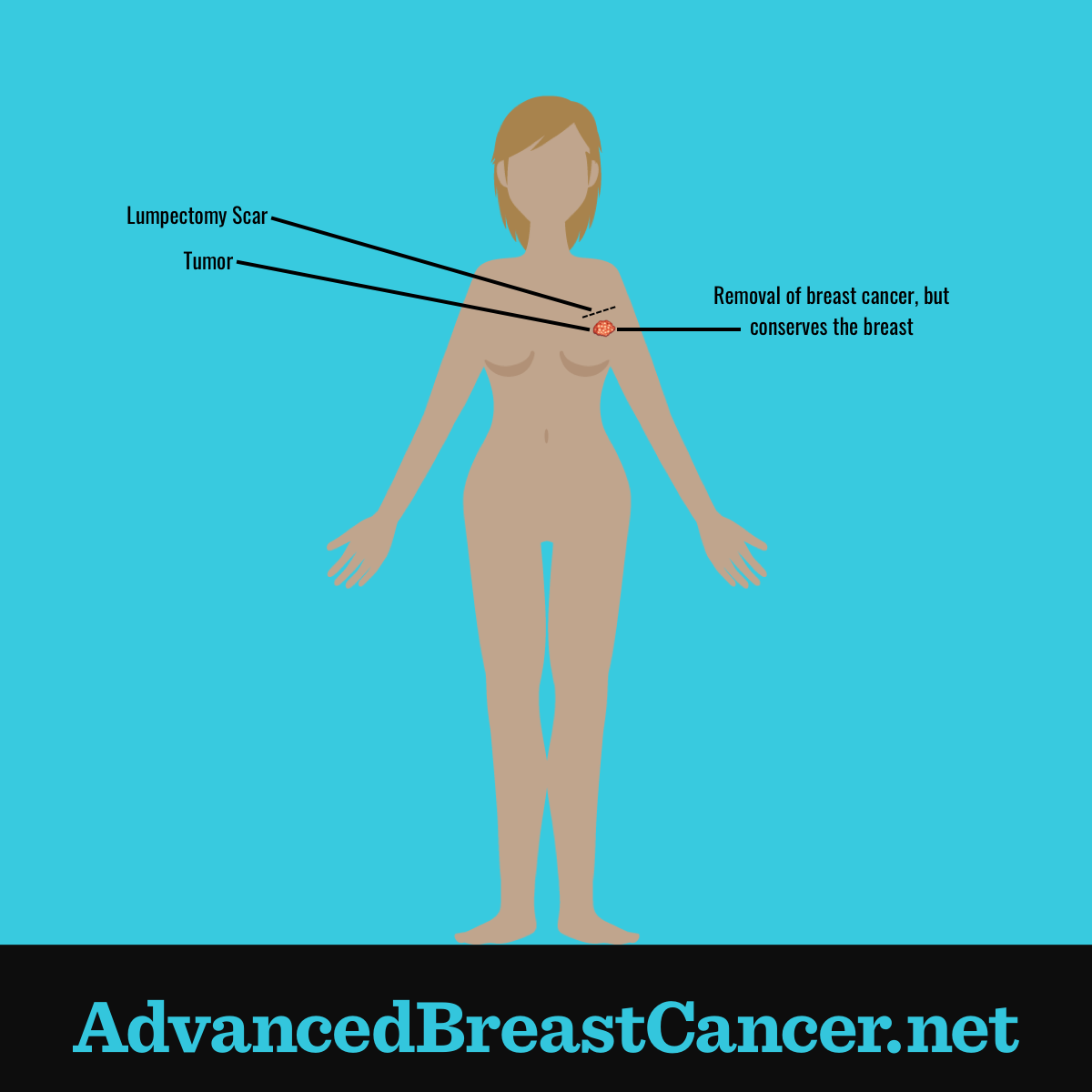 There are several different types of mastectomy including: 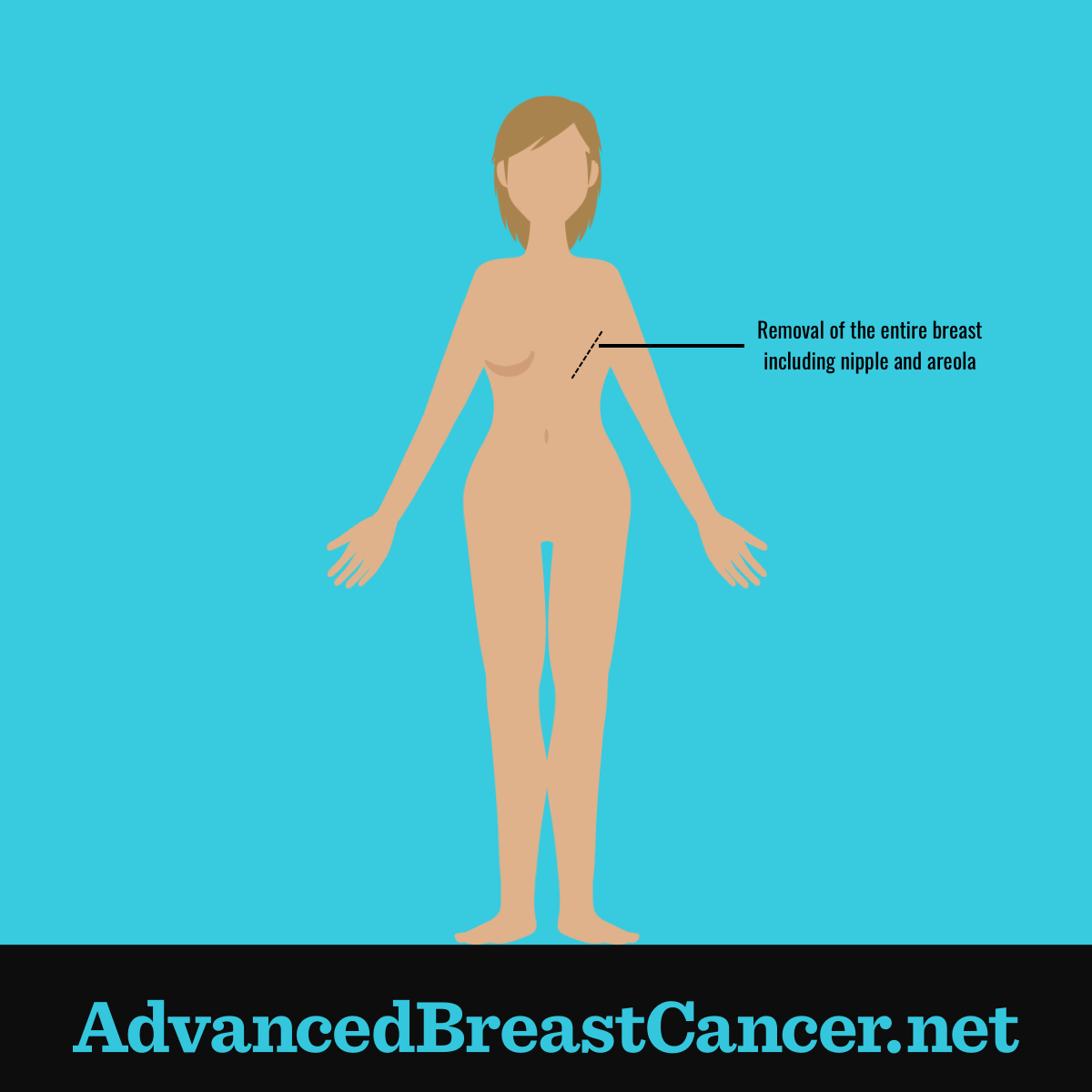 A partial mastectomy is also called a segmental mastectomy or quadrantectomy, a procedure in which a portion of the breast tissue is removed.2

A skin-sparing mastectomy is a procedure in which breast tissue, as well as nipple and areola, is removed.3 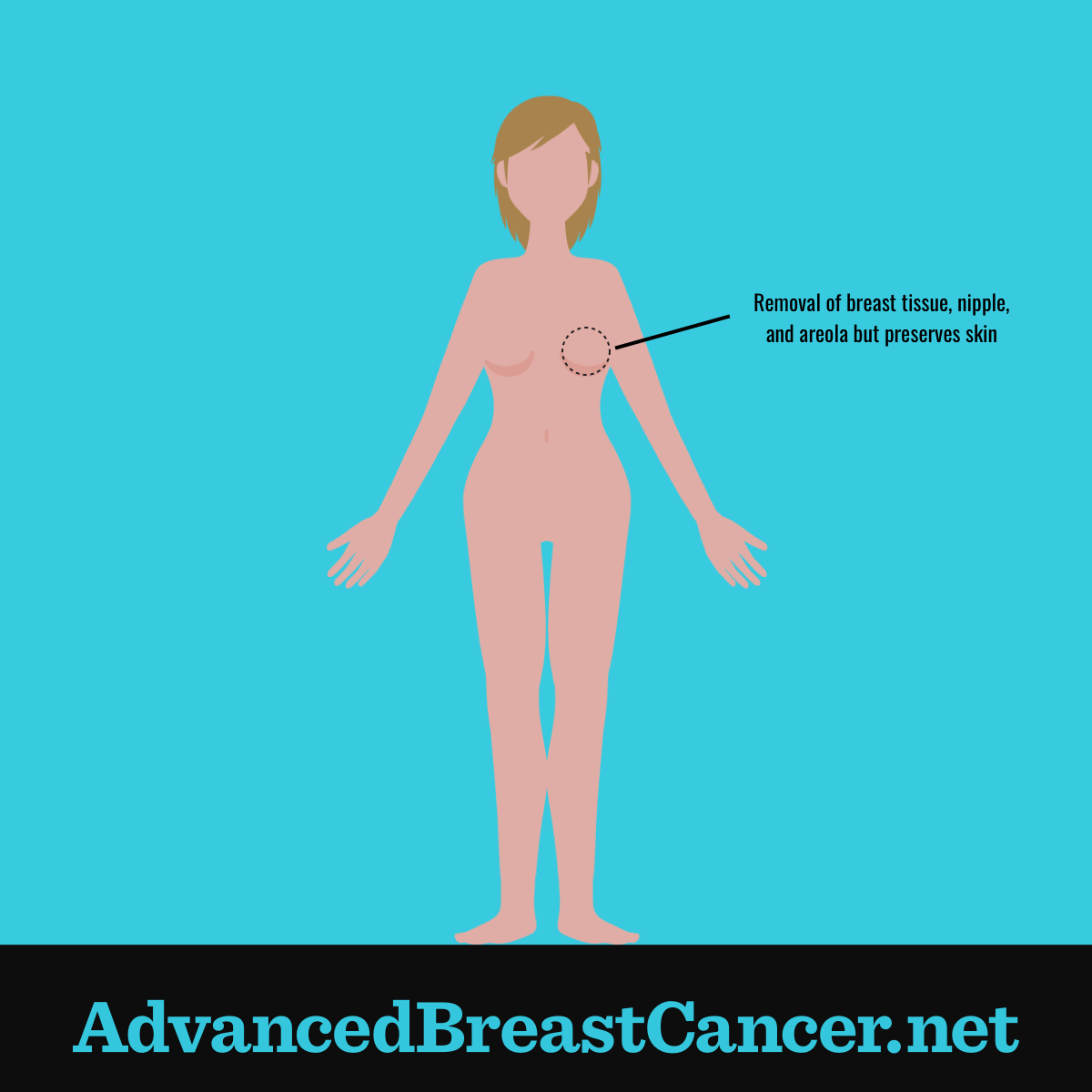 A nipple-sparing mastectomy is a procedure in which breast tissue is removed, but the nipple and areola are spared.4 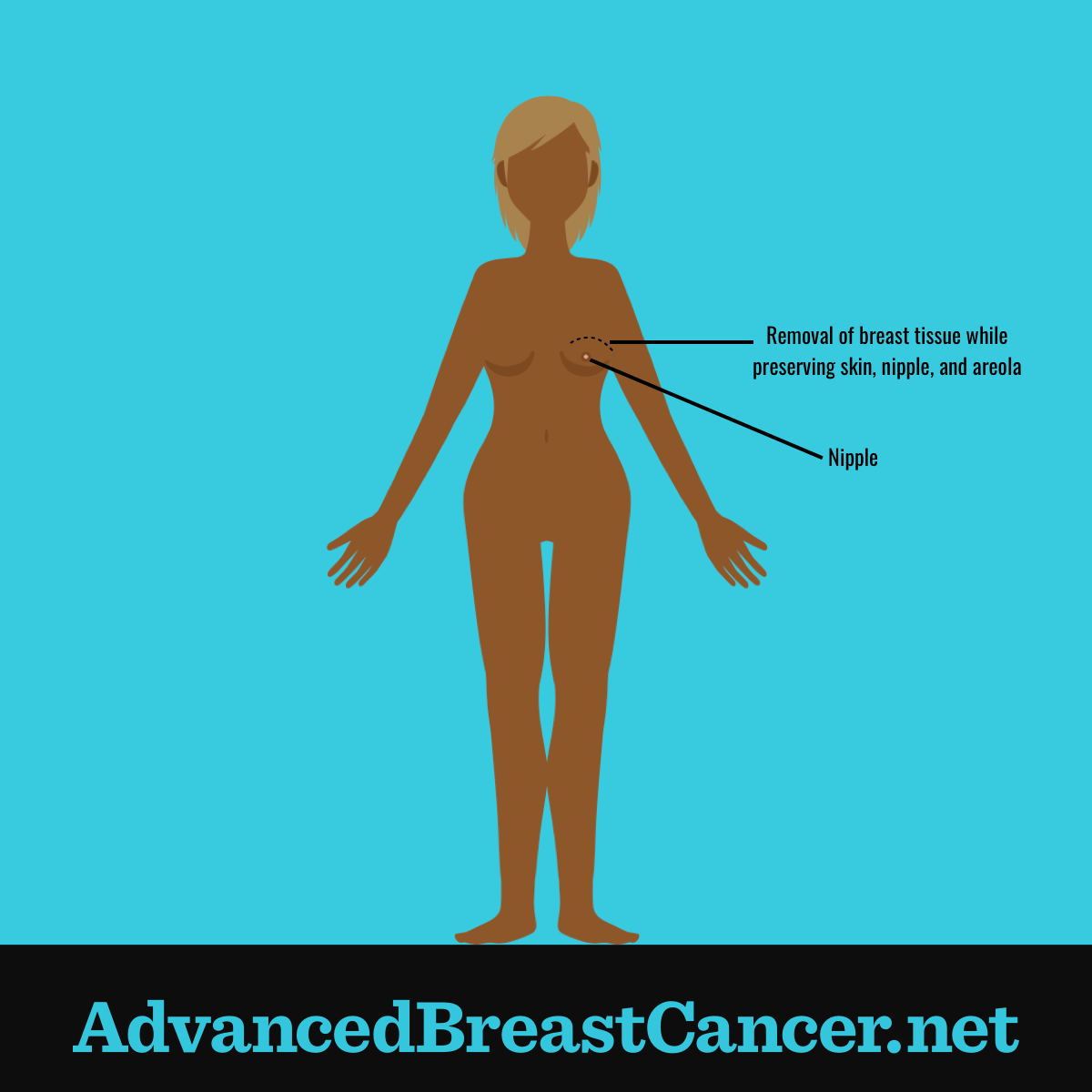 A modified radical mastectomy is a procedure in which the entire breast, skin, nipple, areola, and many axillary lymph nodes are removed.5 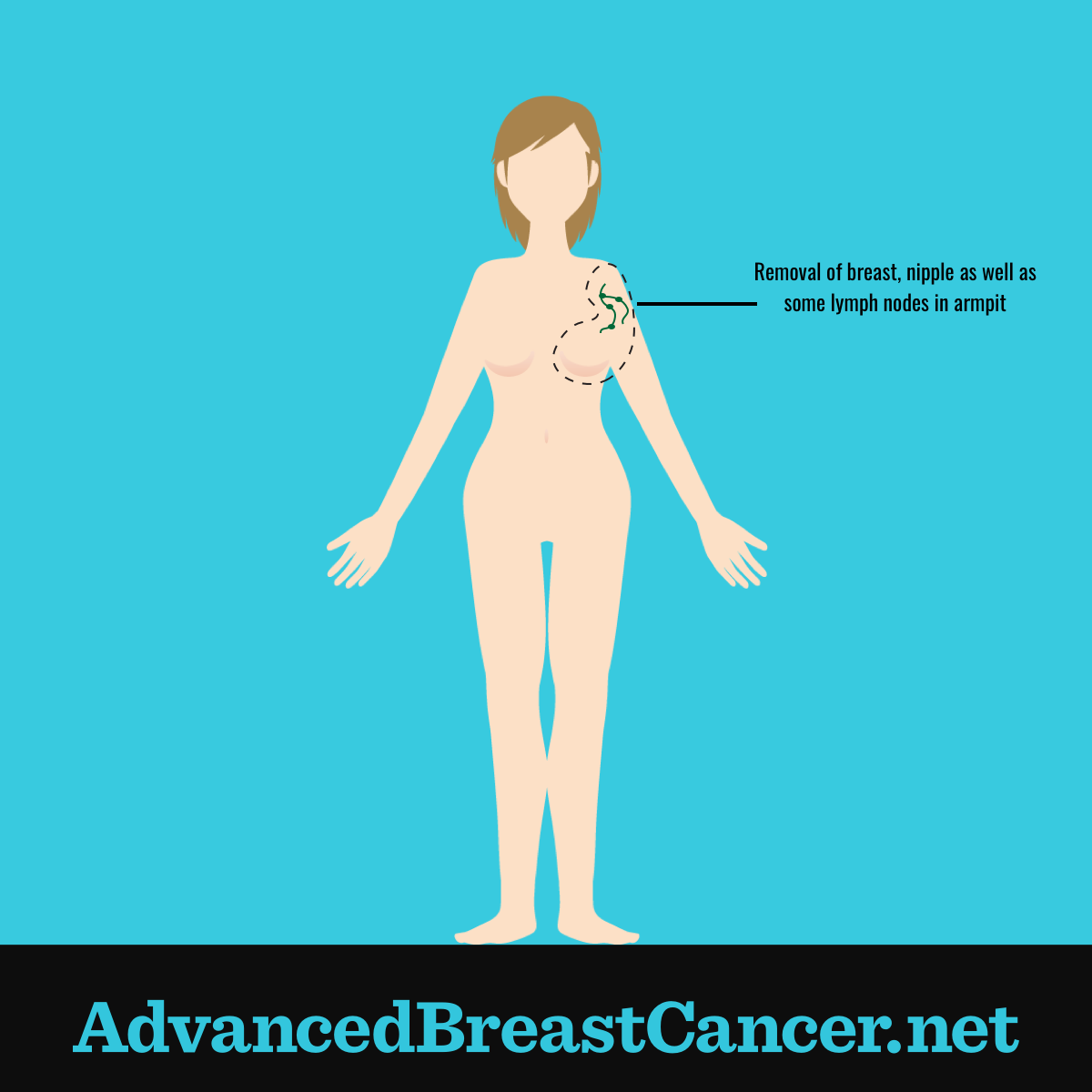 Reconstructive surgery is a type of plastic surgery that is used to rebuild the shape of the breast tissue and may be used by women who have had a mastectomy or a lumpectomy. While lumpectomy is a breast-conserving procedure, some women may not feel comfortable with the appearance of their breast after lumpectomy and may benefit from reconstructive procedures. Reconstructive surgery may be performed at the time of the initial breast cancer surgery, or it may be delayed months or years after the initial surgery. In some cases, reconstruction may take multiple procedures.6

Reconstructive surgery may involve implants or flap procedures, or a combination of the two. Flap procedures use tissue from another part of the patient’s own body to reconstruct the breast mound and include7: 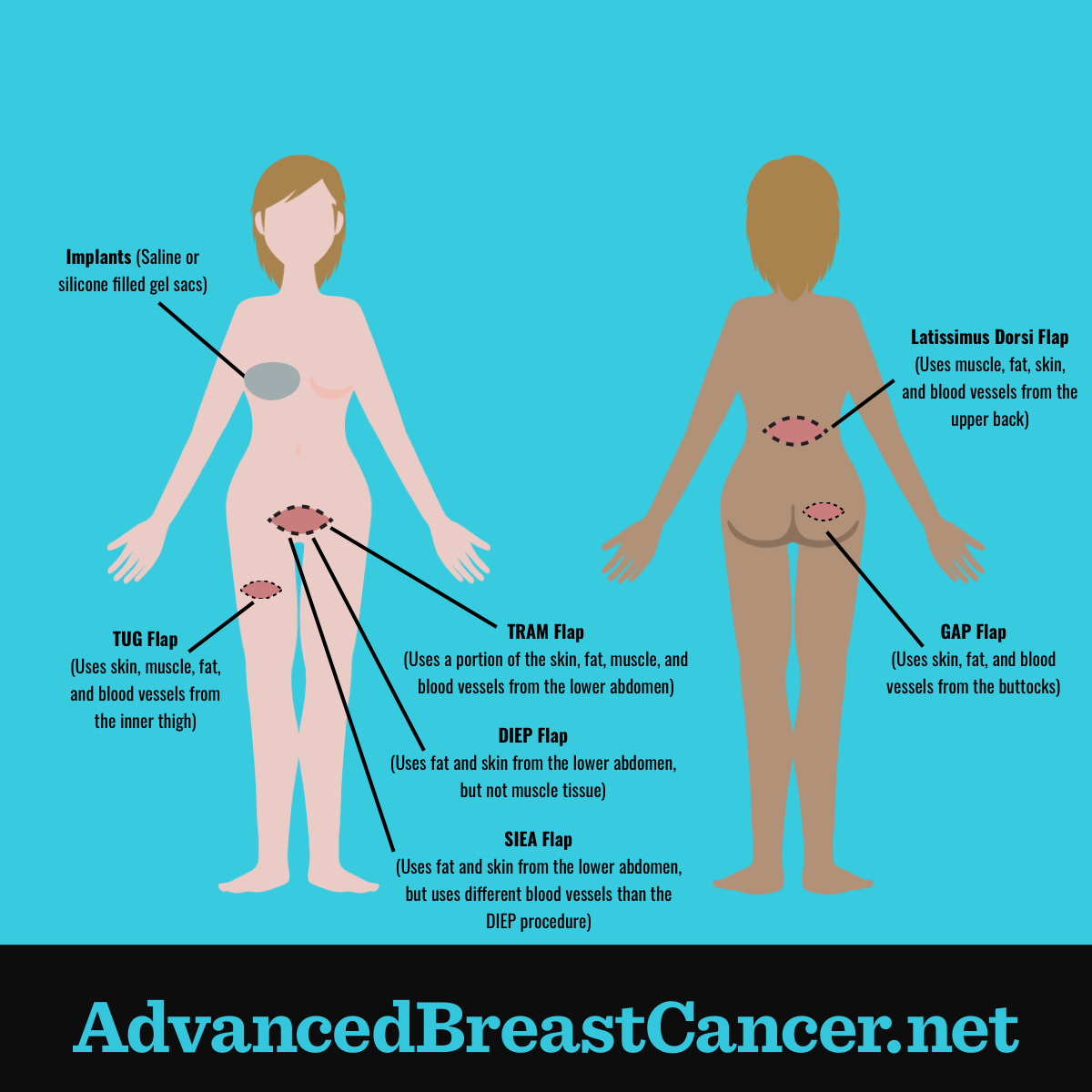 In addition to surgery to the breast, women with breast cancer may have other surgical procedures, including:

An axillary lymph node dissection is a surgical procedure in which several lymph nodes are removed from the underarm and tested for the presence of cancer.8

A sentinel lymph node biopsy is a procedure in which a radioactive dye is injected into the breast to determine the first one to several lymph nodes that are the primary drainage point for the breast – these sentinel nodes are then removed to test for the presence of cancer.9 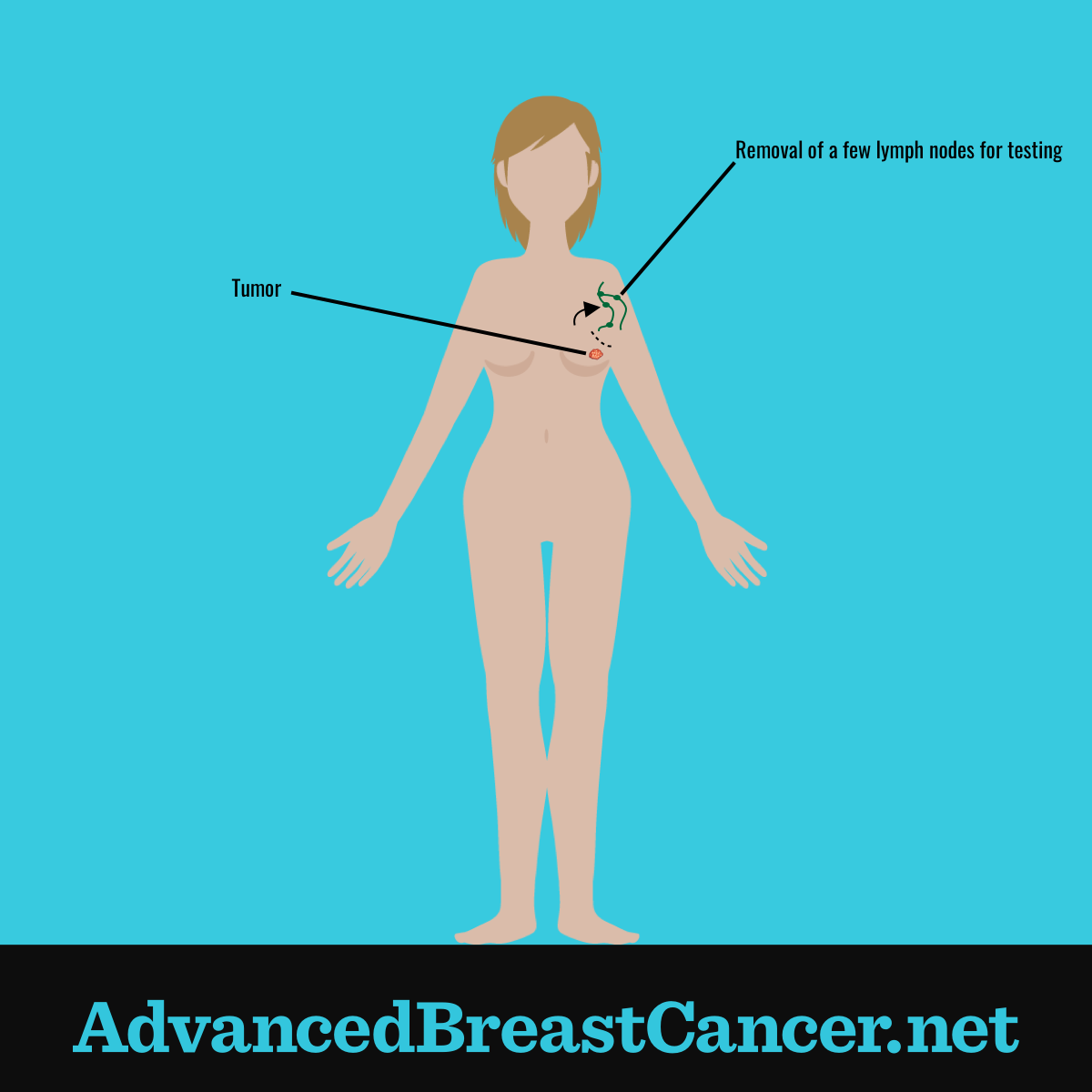 An oophorectomy is a surgical removal of the ovaries.10

The primary treatment for metastatic breast cancer will typically involve a systemic treatment, such as chemotherapy, targeted therapy, immunotherapy, and/or hormone therapy. Surgery to remove the primary tumor in the breast is controversial, with some research studies finding that removing the primary tumor can potentially improve survival and other studies finding little benefit. Women with metastatic breast cancer should discuss their options with their doctor to determine the best treatment options for them.11,12

When breast cancer has spread to distant parts of the body, surgery is not usually used to remove these metastases. However, one small study found that certain women with metastases to the liver may benefit from having them surgically removed if the cancer is hormone receptor-positive (HR+), responded to chemotherapy prior to surgery, and didn’t increase in size between diagnosis of metastases and surgery. It isn’t yet known if surgery to remove liver metastases improves patient outcomes, and women should talk to their doctor about whether this is a potential option in their case.13