We wanted to share with you a personal and in-depth interview with two of our patient advocates, Sarah Kelly and Melissa Berry. By sharing their stories, we hope to continue to share information and raise awareness for advanced breast cancer including triple-negative breast cancer. 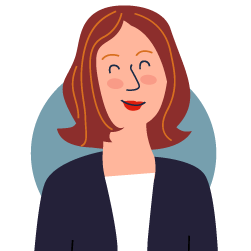 I was diagnosed with stage III triple-negative breast cancer in March of 2015. At the time I was 32 weeks pregnant. I got out of bed one morning, and my arm rubbed up against my breast, and it kind of hurt. I went to touch it, and I noticed that there was something hard on the side. At that time I kind of was thinking, "could this be breast cancer?" But I was also hoping maybe it had to do with my breasts changing and getting ready for breastfeeding. I thought maybe it was a blocked milk duct, so I ignored it for a week or two. Then the same thing happened about two weeks later. It really was hurting at that point - very sore, so I googled it. I remember laying in bed and googling it and it said, "If you have breast cancer it doesn't hurt." So I was like, "Oh, OK. I'm fine." Don't trust google!

Scheduled appointment with my OB/GYN

I had a doctor's appointment that afternoon because I was seeing my OB/GYN about every week, or every other week at that point, but I called my sister before that who is an oncology nurse. I told her what I was feeling, and what was going on, and asked her what she thought, and she said, "I'm sure it's nothing, but you should definitely go tell your doctor when you see her this afternoon." So I did, and she said the same thing, "I'm sure it's nothing, but let's get it checked out." That was on Tuesday. On Wednesday I had an ultrasound. At that point, the lump was pretty large. The mass was five centimeters on the side of my breast. So they wanted me to come back the next day.

A lump in my armpit

I came back the next day, and overnight I started feeling up my body, and I also noticed that there was a lump in my armpit. So at that point, they took a biopsy of both my breast tissue where the lump was and in my armpit. On that Friday I got the results back that I had breast cancer, but they still didn't know what kind of breast cancer. I went and met with my surgeon early that following week. That's when I learned that I had triple-negative breast cancer. The tumor was way too large to do surgery first, so I ended up doing chemo.

Prior to my diagnosis, I had not heard of triple-negative breast cancer. There's no history of any type of cancer in my family. I went through genetic testing, and I didn't test positive for any of the known genes that can lead to cancer. I'm the first one in the family, so my daughter gets to be the lucky one to go through all the testing when she becomes of age. 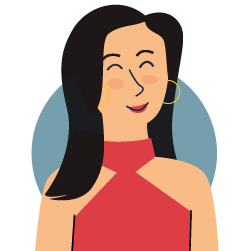 When I was about 32 my doctor advised me to get tested, so I did. I told myself, I promised myself that if I did have the marker that I would not look at it as a diagnosis. I would look at it as sort of like a GPS for my health. That was my way of dealing with it. To be completely honest with you I didn't even feel like I needed the genetic test. I had a feeling that it was going to be positive, and it was. It was suggested to me that because of my family history and the BRCA gene that by the time I'm 40 I should have my ovaries removed prophylactically. I thought, "Okay, I'd rather do that, go into surgical menopause than get breast cancer." I'm very blessed I have two teenage daughters now. I was done having children, but I'll tell you this. I did not want my oophorectomy to be my 40th birthday present, so when I was 39 I did that. I was living a healthy lifestyle, eating kale, doing yoga. When I was 43, unfortunately, I was diagnosed with breast cancer. I went in for a routine mammogram. I did not even know that I had a lump there. It was barely palpable, and it was not visible on the mammogram. It was picked up on actually a deep needle biopsy. They had to do a couple of them, and then they quickly determined that it was triple-negative just because of how quickly it presented itself.

On additional thing I want to share that I learned is that when you go for a mammogram, it is the protocol to do a clinical breast exam. I remember being resistant to it because I was like, "You guys, I just had a clinical exam." I was under a microscope because of my genetic testing. I was going from mammogram and MRI, or a clinical pretty much every six months, so just a couple of months before this mammogram I had gone into my clinical, but the doctor felt the lump. She actually felt a little something right away, and she put a sticker on my left breast. So then when I went in for the mammogram, they didn't actually see anything at first but used ultrasound and found something. They were not really suspicious, but they still wanted to do due diligence, and they did a needle biopsy and confirmed that it was a malignant tumor. At this point I was diagnosed with stage I triple-negative breast cancer because I had no node involvement.

What's your diagnosis story? Have you or someone you know been diagnosed with triple-negative breast cancer?

Do you think nutrition impacts your symptoms? 🍲