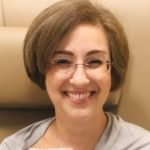 I realize this is not an astonishing or novel statement overall, but it can be extremely unsettling when one is receiving treatment that is hopefully going to save and/or extend life. I understand and appreciate the allure of wanting to sit back and accept the direction and wisdom of the doctors and others in the medical establishment. Except that seductive position has its own drawbacks and issues because doctors and other medical personnel are people too.

Yet, mistakes can also have a silver lining. I am the unexpected beneficiary of a medical mistake.

When I was first diagnosed with breast cancer, we thought I was stage II. Initially, it appeared that the cancer was confined to my left breast and after my breast surgery, we were even more sure since the four (4) sentinel lymph nodes tested were negative for cancer cells above the threshold (200 cells). After the further testing on the DNA of my breast tumor (Oncotype testing) showed that I would probably benefit from chemotherapy, we began the initial cycle of Adriamycin (aka Doxorubicin) and Cytoxin in June of 2017. I had been limping since I’d felt the lump in my breast, but I never said anything about my limp because we were all focused on cancer.

The day after my first infusion of the “red devil,” (Adriamyacin and Cytoxin) my then medical oncologist called me to say that one of the blood tests showed something abnormal. The blood test he was referencing looks at “tumor markers,” which are proteins in the blood that signal the byproducts of the process of breast cancer spreading. The particular test that came back quite high was the level of protein demonstrating how my breast cancer was literally eating my bones. My medical oncologist didn’t explain all of that to me at the time, just calmly told me that I needed to undergo more scans to be able to understand the blood tests. I was pretty out of it at that point and accepted his recommendation without asking many questions.

Shocking, I know; I was THAT out of it!

About two weeks later, we knew for sure that my breast cancer had left my left breast, likely before I’d even felt the lump, traveled through my blood and taken up residence in my bones. I had been stage IV from the beginning. That limp I’d had for several months wasn’t a pulled muscle or ligament, it was a tumor. A monster 5 cm tumor in the center of my right femur that was about to shatter the bone!

Backing up, though, we later learned that my medical oncologist’s nurse had accidentally checked the box that alerted the phlebotomists at the infusion center to draw the vial that would be tested for tumor markers. Since tumor markers can be unreliable, I understand now that the protocols have changed to not include testing tumor markers regularly. My then medical oncologist called testing tumor markers, the “poor man’s” test for metastases. PET scans are much more reliable, but carry radiation loads and insurance companies don’t always want to cover them. We’d agreed upon a plan to wait to do a PET scan until after I’d finished treatment because of all the poison we were taxing my body with. At the time, that seemed to be a good plan but I also hadn’t discussed that limp with them.

Mistake which had positive implications

The medical mistake allowed us to look further into my body, mapping the bones and checking each organ to understand what was going on. What was going on was that the metastases found very fertile ground inside my bones and then went gangbusters, eating through my bones and absorbing the plentiful blood supply.

What would have happened if my medical oncologist wouldn’t have accidentally checked the box to test my tumor markers?

The bottom line was that my right femur was close to shattering; there was literally only about 15-20% of the bone left at a relatively “thin” area of the bone that had to hold my entire weight as I walked around. One of the most common ways bone metastases are discovered is when a painful fracture results in an ER visit. If that had occurred, then the surgery I underwent to put titanium rods inside my femurs would have been much more painful as the bone was put back together around the rods. As it was, the surgery was no fun and the recovery even less so, but I had two whole bones to be pinned.

Thankful for a clearer picture

I am thankful for the medical mistake that allowed us to begin treatment of my breast cancer sooner rather than later. I am grateful that while the leg surgery I had wasn’t fun, it was far less painful and difficult than if I’d had a shattered femur bone. I try very hard not to be chicken little when I feel a new ache, a new pain, a new twinge; however, I’d be lying if that original experience didn’t color everything now. I now err on the side of telling my doctors more about my symptoms than less. I don’t believe that it was my fault that the diagnosis of metastases was delayed; however, I do know that my job as a patient is to tell my doctors everything they need to know.

After all, patients make mistakes as often as doctors because we’re all human.