Being a single parent can be stressful and challenging. Now add in managing metastatic breast cancer to the responsibilities of parenting. Two of our AdvancedBreastCancer.net advocates share their experiences as single parents living with MBC. This article is the first in our single parenting series and talks about dating. Here is a look at the questions we explored with April and Danielle. 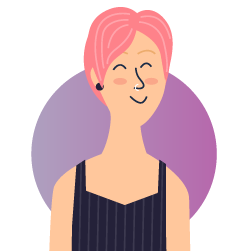 When to talk about an MBC diagnosis

Initially, I don’t mention my cancer diagnosis. Cancer is such an all-encompassing aspect of my life that I like to get to know someone a bit before relaying that information. If the interest is not there, it is not worth it to me to expose that part of myself to someone. If the interest is there, it is a pretty heavy subject for an initial meeting. That being said, I live my life very openly with my diagnosis. One look at my social media and anyone can see that I am living with metastatic breast cancer and am very vocal about it. In a lot of ways, social media has saved me from having to bring up the topic as though it’s a secret hidden away. It is out there and I’m not ashamed, not hiding from the world because of it.

I cannot say that I have had any awkward moments, however, I do find it odd when someone you are dating, not yet seriously, asks to go with me to doctor’s appointments. In a serious relationship, this is welcomed. In a casual dating or not yet serious situation, I have found that to be somewhat odd.

I have been in what I considered a serious relationship since my diagnosis. Looking back, we didn’t talk about my having cancer much and just lived our lives. It was what I felt I needed at that time. It ended, for reasons having nothing to do with cancer, and I wonder now if it was a more superficial relationship than it was serious. Had it been a fulfilling, real relationship, the fact that I was living with cancer should have been discussed more instead of just sidestepped. But that is another, longer story…

After six years of living with MBC, I am not actively seeking a relationship. I think that it takes a lot of work and effort to be a partner to someone; to be honest, I am not sure that I want to use the energy that I do have in that arena. Living with MBC casts such a huge shadow over your life. It is there in all the nooks and crannies, behind every curtain. The first few years after my diagnosis, I dated much in the way any person would. I sought out that connection and fostered those feelings. During that time, I also learned a lot about myself and what makes me happy being on my own. I have learned that it doesn’t take another person to make you whole or complete in life. That being said, I am never say never person and none of us know what the future holds. I do know that an MBC diagnosis should not stop you from wanting or going after these things if you feel strongly that you want that in your life. 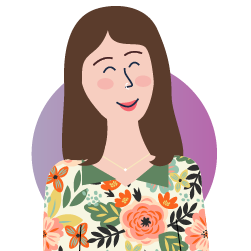 Navigating what to say initially when dating with MBC

I like to be upfront, without being too intimidating. A lot of people don’t know about cancer except for what they see in popular culture. To date, someone who lives with it can be scary until they know how it all works. I mention I live with breast cancer chronically and need to have regular treatment to keep it under control. I also mention in the past that I have had a mastectomy, reconstruction, and a variety of chemotherapy and radiation. I don’t want them to feel surprised or blind-sided, and I don’t want to devote months of my life to someone who decides they can’t handle someone with this sort of life. As things progress, I go into more detail about my treatment and what the future looks like for me. I spoon-feed it to them so it isn’t overwhelming.

I was visiting a guy I was dating at work and we sat in his car on his break. We talked about being intimate when we next saw each other, and so I mentioned that while he knows I have had a mastectomy and reconstruction that he probably doesn’t realize that I don’t have nipples. I felt it was fair to give him warning now before he freaks out at the time and ruins that experience together. I will never forget his response; “You don’t have nipples? Are you joking?”. I felt so small. It really was quite painful for me to hear that and left me feeling enormously insecure.

Yes! I am actually in a wonderful new relationship with someone incredibly loving and supportive. He reads my articles for AdvancedBreastCancer.net, my cancer blog, Wigs, and Things, and has even come with me to a hospital appointment. He is very much aware of how much this disease is a big part of my life and has my back in all aspects of that. It is pretty amazing!

Dating expectations for a partner

What I seek in a partner is emotional maturity, financial and professional stability, a sense of humor, an easy-going attitude, empathy and compassion, a sunny disposition, and someone who takes their health seriously. I expect someone who has their life together and knows who they are and what they want. I am a very giving person and expect that to be reciprocated. It is hard to give back to your partner if you are emotionally immature, financially, and professionally unstable, lack compassion, are generally negative or pessimistic, and relatively unhealthy. So I can tell that men who display those kinds of characteristics are just not able to give me what I need when so many of their own basic needs remain unmet.

Living With MBC Without a Caregiver (Part 1)