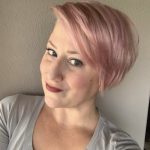 A few months ago, I suffered a surreal experience when picking up my pain medication from my local pharmacy. Having been living with metastatic breast cancer for five years, I am no stranger to pain medication, but I also have a healthy, only take it when needed, relationship with it. Unfortunately, as anyone living with bone mets can attest, you need it more often than you expect to and the thought of not having any on hand if a flare-up occurs is terrifying. For those that don’t know, bone metastasis is a hard pain to describe. It aches, but not like a muscle, it travels most likely due to nerve involvement, and there are times that the pain is so deep and so intense that moving is not really an option. When faced with these instances, and I have bone mets throughout my body in almost every bone, pain medication may take the edge off but it never fully goes away. Like a terminal cancer diagnosis, it becomes just one more thing you learn to live with.

In going to pick up my refill for my pain medication, I went to my neighborhood pharmacy (a big corporate one that won’t be named here) that I had been with for at least a decade. I knew most of the pharmacy techs and they were privy to my diagnosis having seen me going through chemo the first time ten years prior. And I talk a lot, obviously, so most of them probably knew way more than they wanted to. For the last couple of years, every time I would bring in a written script for my pain medication, the pharmacist would huff and puff and deny having them in stock before blowing the house down. It was extremely frustrating and over time, I would travel across town to a different pharmacy to have it filled. I really felt I had no other choice as it seemed this pharmacist would find a reason not to fill it every time.

On this particular day, the pharmacist took his time “checking stock” and pulling up something on my computer. As he approached me, I noticed he held a printout with four circles in red ink. Turns out, he had printed my twelve-month medication history and gasp, I’d had four prescriptions for pain medication in a twelve-month period. Sounds awful, right? The man began by berating me, accusing me, questioning why I would have them filled elsewhere to which I replied that I had no choice as he always made excuses for not filling them. All of my medications were prescribed by my oncologist and as he was well aware, I was living with terminal cancer which was very painful. I easily could have gotten a pain medication monthly however I don’t choose to take them every day if I don’t need them.  This man was unhinged, saying things like the following:

Regulations on pain medication have changed

In my forty-one years of existence on this earth, I have never been made to feel more like a criminal, a miscreant, or a deviant than I was in that moment. This was not a quiet conversation. After attempting to defend myself, which I should never have had to do, I began to cry. At this point, the pharmacist softened his tone. He told me then that it wasn’t “his fault or my fault” that the regulations are so strict on these types of medications. Now, everyone with a brain understands the restrictions in place and why they are there. However, the CDC issued guidelines that pharmacists are not to question cancer patients when filling pain prescriptions because hello, cancer. I understand the restrictions and said this during this…I was going to say conversation, but it was more like waterboarding. The response that I received from this person was completely biased, personal, and had nothing to do with me or my request. Unfortunately, he chose me to unload all of this on. What is terribly not-funny was that after I began to cry and he calmed down, he said he’d have my prescription filled within the hour after telling me prior he did not have them in stock.

Social media helped me get my message out

I say unfortunately, he chose me to unload all of this on, because I did not go quietly into that good night. I railed against the dying of that damn light and did so in the form of a social media video. Now, I am not a pretty crier but I pulled over to the side of the road and through my ugly tears, I made a video detailing what had just happened to me. I felt victimized…and I don’t use that word lightly. I was publicly flogged for a bogus regulation meant to curb the illegal and unhealthy use of pain medications, not to ease the pain of the cancer-stricken and dying. And what do you know? That video went viral to the tune of over a million views between Facebook and Twitter. I also filed complaints with the corporate office and local management. I did interviews with various publications on it including NPR. The number of people who reached out to me with similar instances was staggering. What became evident is that we have a real problem in this country where people who are ill, in pain, and just trying to get by are being punished or penalized merely for following their doctor’s orders.

Yes, there is a problem with the abuse of narcotics that is a very serious issue. But should a cancer patient be made to feel like a drug abuser?  Absolutely not.

This experience taught me a few positive things:

Be empathetic to your fellow humans

It doesn’t take anything to be empathetic to your fellow humans. We are all struggling with something. I think that sometimes, especially in our jobs, we forget that whatever “work” we are assigned can also have a significant impact on someone. It’s easy to get jaded. In this situation, I don’t know what the answer is, but I do think it is something at a legislative level and not something that we, the patients, should have to be the brunt of. If you find this happening to you, speak up…someone may need a reminder.