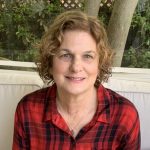 As a caregiver for my husband, Bob, one of my responsibilities is managing his prescriptions. Recently I went to the pharmacy to pick up a prescription for my husband. Bob is living with advanced breast cancer (17 years). It was for a pain medicine for his neuropathy and bone pain.

His prescription ran out in 15 days vs. the usual 30 days

I called Bob’s oncologist in tears. My feeling is that the pharmacist shouldn’t question the oncologist’s prescription. If he does question it, then discuss it with Bob’s oncologist. Two months ago when I went to pick up Bob’s pain medications because they were out of it, they asked me if he really needed it. Really? If he didn’t need it I wouldn’t be there and I also feel it is none of their business asking. They had to call other pharmacies so I could find one to go get his medicine. I picked it up at a different location. The next time when I went to pick up his pain medications they didn’t have enough. They also couldn’t find a pharmacy near us for me to get his full prescription. So they had to shorten his prescription. I understand that there is an opioid epidemic in our country (United States). Bob is considered “high risk” for an overdose. So it was recently suggested that we get a prescription for “Narcan” as well. In case he has an overdose. Which we filled, just in case.

Watching your loved one suffer

Living with any advanced cancer your prescriptions shouldn’t be questioned by the pharmacy. I know they do not know what Bob’s diagnosis is, but that is all the more reason to just fill the prescription and not question the doctor’s prescription. Last month Bob was admitted to the hospital because he was diagnosed with an infection in his blood. When he was admitted he was on all of the prescriptions his oncologist had prescribed. The hospital doctors did not understand Bob’s pain nor his tolerance for the pain medications he had been on for the past 16 years. They didn’t feel they could give him these levels of medications. Why? I am giving them to Bob at home. The concern was he may go into cardiac arrest. Bob suffered from unmanageable pain for the first week of his hospital stay. They finally agreed when Bob said he needed his pain alleviated at any cost – meaning his life. It was horrible to watch this play out.

As a caregiver, I am angry and frustrated to have to keep dealing with the problems with pain medications for a patient living with advanced breast cancer. To watch anyone with ABC suffer in pain is heartbreaking. There needs to be more compassion and understanding for the patients that truly need these medications to survive.