What Do Those Breast Cancer Staging Letters and Numbers Mean?

Staging is the way doctors talk about how big a tumor is and how far it has spread. Staging helps doctors decide the best way to treat breast cancer. It also helps doctors estimate what a person’s outcome will be.

Staging for breast cancer is more complicated than for many other types of cancer. The information on this page gives you the basics. Talk with your doctor about any questions you may have.

How is the stage decided?

Doctors look at several things about your breast cancer to decide the stage. They look at1:

Doctors get this information from a physical exam, imaging tests, blood tests, biopsies (tissue samples of the cancer and lymph nodes), and sometimes surgery.

All of this information goes into a sort of formula to find the best treatment for your specific needs. Things that may affect your treatments include:

In the United States, the American Joint Committee on Cancer (AJCC) system is used to stage breast cancers. The AJCC system combines letters and numbers to describe a person’s breast cancer. It begins with T, N, and M.1

The letters TMN are followed by a number. The number describes the tumor’s size and how much it has spread. The higher the number, the bigger the tumor or the more it has spread. Depending on your cancer, you may also see other letters, such as1:

T, N, and M are followed by numbers. Higher numbers mean the cancer is larger or more widely spread.

Breast cancer is considered advanced, or metastatic if it is stage 4.2 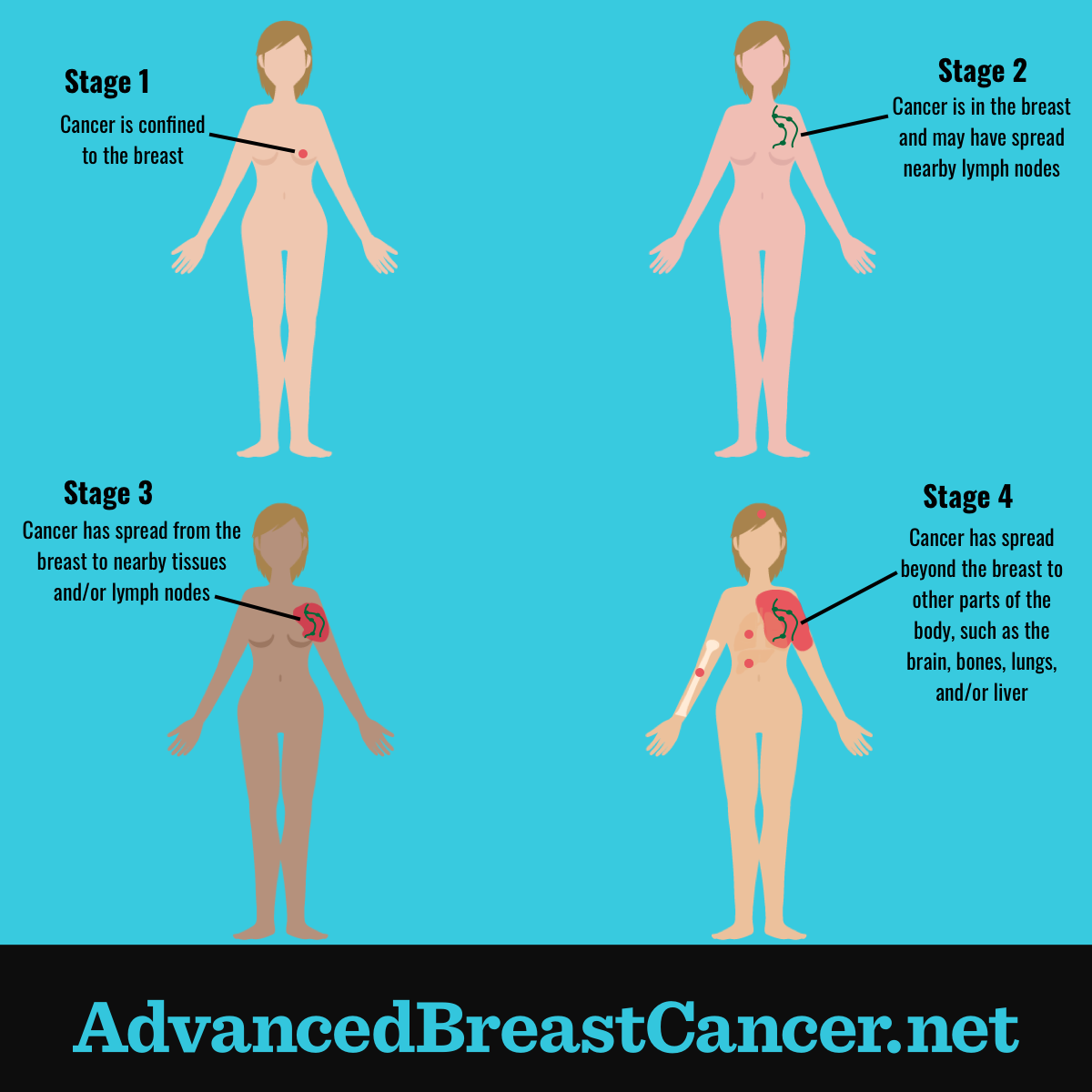 Any N may be followed with letters that describe the spread more accurately. The letters you may see include: a, b, c, i+, mi, mol+.1

I Am Sad and Scared All the Time