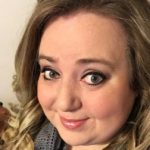 Chances are, I probably won’t see my 40th birthday. In fact, a recent study published by the National Institute of Health estimates only about 15% of Metastatic Breast Cancer patients diagnosed de novo1 under the age of 40 like me will live to see 10 years after their initial diagnosis.2

Being diagnosed at 30 with Metastatic Breast Cancer is something I never imagined I would experience. In fact, prior to my diagnosis, I had no idea that Stage 4 breast cancer was terminal. The word Metastatic was something I probably would have had to Google if it was used in conversation. Now, metastatic isn’t just a word, it’s the expression and overcast that follows my daily life.

The song “Live Like You Were Dying” was the #1 Country Single of 2004.3 In it, a man discovers he is dying from cancer in his early 40s and he sends himself on a mission to start living out a bucket list of items, attributing his newfound sense of adventure and purpose to living like he knew he would die soon. While well-intentioned, it’s also nowhere near the reality of what living like you’re dying has been like for me.

Living like I was dying meant not making long term goals or plans because I had told myself I wouldn’t survive to do those things, so why bother? My life revolved around my scans which were scheduled every 3 months and the idea that the unpredictability of progression and treatments could cancel the plans I made if they were outside of that treatment checkup. I would hear from friends “if I was in your situation, I’d max out every credit card I had and do the things I wanted to do”. Aside from being horrible advice in general, crippling yourself financially will only lead to stress down the road for you and your loved ones when you realize that the expiration date on you was written with an erasable marker rather than tattoo ink.

If you’ve seen someone actively dying of cancer, you can appreciate that it is a rough existence. Instead of living like you’re dying, take it from me – live your life to the fullest with every intention of planning to be here years from now. During my first year of diagnosis, there was no way I would plan something as far as 6 months away, let alone a year or beyond. I thought why bother I’m not going to be here. I had already dismissed my life because I thought there was no chance I’d be one of the lucky ones. How dare I have the audacity to think I could be one of the outliers; after all, of 15% survive that still leaves 85% of MBC patients diagnosed under 40 who would never see 10 years outside of being diagnosed.

One of the hardest moments for me throughout my entire time living with cancer was my niece’s Kindergarten graduation. At that time I “knew” I would never see her graduate high school and this was the one chance I had to see her walk across the stage. Almost 2 years later as I was sitting in my grandma’s kitchen telling my niece that Aunt Tori had to go to the doctor, and I saw the tears in her eyes when she could understand that I was sick; I made the decision that something had to change. I had to plan to be here for her and try everything within my control to live like I was living – really living.

As I write this on this cold January day, I have a Mead planner to my right just like one I’ve had every year since I was in high school. Sure, now it’s full of cancer-related appointments for the next month, but I also have a years worth of living to look forward to. Three weeks from now I’ll be traveling internationally with one of my best friends, two months (and 1 scan) from now I’ll be in Vegas with another of my best friends, four months (and 2 scans) from now, I will serve as Honorary Chair for Komen Columbus’ Race for the Cure and speak in front of Congress, and in nine months (and 3 scans) from now I’ll be on a new adventure in Italy.

Now, could cancer change my plans or worse yet wreck them all together? Possibly. There is always a very real chance I’ll be one of the 85%. It’s also possible that by this time next year, I’ll be making plans for 2020’s September adventure. After all, I have plans scheduled all the way through 2028. Two months after I turn 42 – I have a niece to hug on her graduation day.