I Want a Cure, But I’ll Settle for Chronic 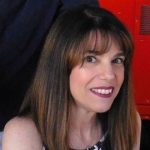 My first dose of reality came when I was diagnosed with de novo metastatic breast cancer (mbc). That was the day the pink-colored glasses came off and I learned that breast cancer wasn’t the “good cancer” after all. When did this change? I didn’t get that memo. How did I get to be the one to draw the short straw and when was it decided that I even pick one at all?

I vividly remember feeling personally duped. It was 2013. Hundreds of thousands of people had been raising money, participating in races, and supporting the pink ribbon for decades. Either my test results were very wrong and I needed a new medical team or we haven’t come as far as I thought. If it’s the latter, then I can’t be the only one who is completely misinformed. Sadly, my tests were accurate. I had breast cancer that had traveled outside my breast to my bones. Just how common was mbc?

If nobody talks about it, does it exist?

Literally, nobody I knew understood that the kind of breast cancer I had was going to kill me; including the few women, like my mom, that had been successfully treated for early-stage breast cancer. I asked my mom if she knew that breast cancer can come back; that it can metastasize to other parts of the body and become terminal, like me? She insisted if that were true, her doctor would have told her. She was fine. I was wrong. OK, so if we just don’t talk about it, it won’t happen. Got it.

How was nobody talking about the fact that breast cancer is still taking the lives of men and women? There are people talking about it. Those people happen to be those living in the thick of it. Like most things, if it’s not directly impacting someone in some way, shape or form, it’s probably not on their priority radar. As a woman, I found that to be scary since one in eight will be diagnosed with breast cancer in their lifetime.1 What’s even scarier is thinking how many more people there are, like me, with incurable, terminal breast cancer.

The numbers are staggering

Death is unnerving on a good day. Having to face your own mortality in a very real way is frightening. Most people would rather do anything else; and who can blame them? If anyone understands that, it’s me. There is nothing wrong with having a healthy balance of living the best way you know how and being realistic about mbc. What shouldn’t be done, is having one’s head buried in the sand and pretending mbc is something it’s not. Metastatic breast cancer is not curable and it’s not chronic. Acknowledging the fact that mbc is incurable doesn’t make anyone “negative”, “depressing”, “angry” or a “downer”. It also won’t hasten anyone’s death.

The more aware the public is about the facts of mbc the more likely they will be to keep funding the research mbc desperately needs.4 I guarantee that if there was an airplane with 116 people crashing to the ground every single day, folks would notice. You probably don’t have a ticket for today’s “flight”; I’m not a ticket holder either, however, the public’s awareness needs to feel as if they have a family member aboard a doomed mbc plane. That level of awareness will help save lives.

The numbers are clear, we are FAR from chronic. Until the majority of the estimated 155,000 people living with mbc are able to live long fulfilling lives instead of the too few years they can expect now, it is still a terminal diagnosis.5 I probably won’t live to see a cure for mbc, but I hope I live long enough to see it become chronic. I would definitely settle for chronic.