Here is the newest article in our "Ask-the-Advocate" series talking about acceptance. Feel free to post your own answers to the community question in the comment section below. You can also ask your own questions in the community Q&A section.

What was the biggest challenge to accepting your diagnosis and is there anything you are still struggling to accept? 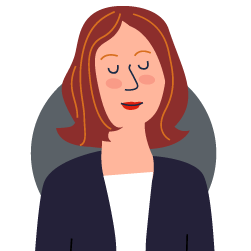 I think the “why did this happen” and “how did this happen” was the biggest challenge in accepting my diagnosis. Being 36 years old and being told you have cancer left me a little bewildered, to say the least. Cancer is a hard disease to understand as a patient. Some cancers have a direct correlation to the why, like exposure to asbestos and mesothelioma while other cancers like breast cancer can be less direct. Personally, I don’t have a family history of cancer and having had triple negative breast cancer I can’t even pinpoint the "how" that lead to breast cancer. The unknown "why" has been the hardest to accept.

Because I don’t know how or why I struggle with accepting that I can’t control future outcomes. You can do everything right, eat right, exercise, live a peaceful life and for some reason cancer can still happen. I struggle with that and the fear of being told I have cancer again. I hope never to hear those words again. 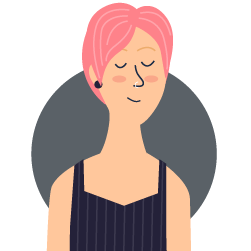 After five years of seeing myself as a breast cancer "survivor", the rug was pulled out from under me the day I was told I had metastatic breast cancer. Going from stage 1b to stage 4 was a hard pill to swallow. I struggled most with the reality of my prognosis. I could not accept that cancer was eventually going to kill me, even going so far as to argue with a family member about being referred to as terminal. At the time, I was told to think about my diagnosis as a chronic condition similar to diabetes. It would kill me eventually, but until then I would require treatment to keep me going.

It has now been almost five years of living with metastatic breast cancer and in hindsight, I see how foolish and grasping I was. There are no similarities to a chronic, manageable illness, nor to something as significant as diabetes. I can’t hold out hope for a transplant of any kind. I do not expect to live long enough to enjoy my retirement. In the last few years, I have learned to not make peace with my future, but to enjoy my present. If living with a terminal disease has taught me anything, it is that time is fleeting for everyone. None of us will ever claim to have enough time no matter how it ends for us. All we can do is have the state of mind where we recognize the moment and live in the present.

The only thing I still struggle with is leaving my child. My son was three when I was diagnosed as metastatic. He does not remember me without cancer being attached to our lives. While I do not dwell on it in his presence, it is still sometimes a struggle on those days where my mobility is limited, my body is exhausted, and my temper is short. I hope to leave him with memories of laughter and a lifetime of love crammed into whatever time we do get. But as I said earlier, it will never be enough time. My heart breaks thinking I may miss his wedding, his children, and seeing him taller than me someday. I hold onto the hope that I will get to see those things, but the reality is that I most likely will not. I know I will struggle with that idea, but I will continue to love him as fiercely as possible so that he may tell his future spouse fond memories of me, his children that their grandmother loved them before they were even an idea in his head. All I can do is love him and live my life now, today. 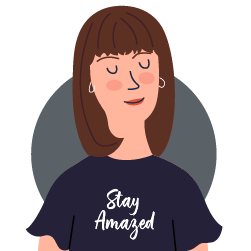 My biggest challenge was that MBC is not curable. Just newly retired after working most of my life, I thought I would become a world traveler, not someone who was facing my immortality. All the advertisements on television were constant reminders that this disease will progress if I don’t have the proper regiment of drugs to sustain a good quality of life. Why isn’t there a cure? Hoping to see MBC become chronic, which was a new word to my vocabulary.

In the first weeks, my bone pain was great and accepting my physical limitations became challenging. How could I find and maintain “good quality of life”? Believe it or not, I began working with a personal trainer to strengthen my upper body and core and a year later, the pain is gone.

Navigating all the voice around you

The challenge when you first hear the news is who you tell and who you don’t tell. You don’t have to share the news with everyone but there was one voice in my relationship realm that kept pounding my head with the path they wanted me to take. I found this to be a great “negative” for my recovery. After many months of my own personal persistence, it has become clear that the “other suggested path” for my healing would not have been a good one for me. 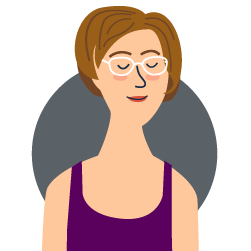 I think at the outset of my diagnosis, the biggest challenge was adjusting to the fact that I have an illness at all and that I have to take my aches and pains seriously. When I initially felt the lump in my breast in early 2017, I was already limping because I had a 5 cm tumor in the middle of my right femur. I never said anything to any doctor about that pain I was feeling and it took them another few months before we knew I was stage IV. I don’t blame myself for that delay, but I still sometimes forget to bring up side effects because I’m still so used to just sucking up and dealing with whatever is going on. Now, if I don’t tell my doctors about something, then I worry that it’s a symptom of progression. Making sure I don’t put myself through that is a big part of how I have to do life differently (aka self-care).

I’m still adjusting to not being able to just absorb whatever needs to be done without adjusting something else. I still volunteer for far too much when it comes to my boys (now 6 and 4) and then I remember that that means I can’t do something else. It frustrates and infuriates me still that I pay for participating in certain activities. For instance, I spent the day last week volunteering at my sons’ school for teacher appreciation week. I had to spend much of the next day resting and I slept for 14 hours the night of the day I spent volunteering and the following night. That’s not what I used to experience, especially since I spent most of the day last week sitting down. It’s not the just the physical activity that exhausts me, it’s also the drain on my energy when I’m around other people.

Another thing that I’m still getting used to is not being able to remember things off the top of my head. I have always liked lists but it regularly pisses me off that now I need lists or I never remember details. It’s awfully humbling not to be the one who has it all together, to drop a ball I promised to juggle. Having to do life differently than I’m used to is hard to adjust to, even nearly 2 years after my initial diagnosis. I give myself some grace as I’ve had 40 years to get used to the old way of doing things and a comparatively brief time to adjust. 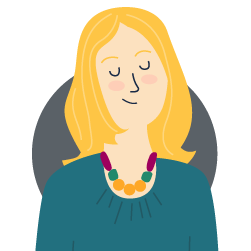 Hands-down, the biggest challenge I have had to accept with my diagnosis is my mortality. I struggle to recognize that there is no guaranteed silver bullet, nothing that makes me exempt from dying from this disease, and that, simply, that happens. Metastatic breast cancer doesn’t discriminate, and there is no free pass available for me granting me more time. In many ways, this has forced me to reckon with some very deep philosophical questions around death and dying. I have found myself wrestling with the idea that, while frightening, the actual process of death is one that is fundamentally natural, and we all have to do it eventually. It has given me a lot to think about regarding my end-of-life wishes.

I struggle to accept the idea that there are very large parts of my son’s life that I will not be present to witness. In a lot of ways, this is one of every parent’s worst nightmares, and I am living it, as are all parents with metastatic cancer. It feels cruel that I will miss so many things, and that my son will not have the opportunity for us to grow in our mother/son relationship as he gets older, but it is also difficult to recognize that he has an incredible support system, an incredible father, and is an incredible child. He will be ok and will thrive despite my not being there. That’s a hard pill to swallow (and I take a lot of pills!) - to know that I not only will not be there but also to know that he will be an incredible person even without my physical presence.

3 comments
This article represents the opinions, thoughts, and experiences of the author; none of this content has been paid for by any advertiser. The AdvancedBreastCancer.net team does not recommend or endorse any products or treatments discussed herein. Learn more about how we maintain editorial integrity here.

Have you ever changed your treatment regimen because you were experiencing side effects?